"The new Legacy Museum opens at an exceptional moment for America," Ed Pilkington wrote for The Guardian. The new museum has been featured on MSNBC's The Sunday Show with Jonathan Capehart, NPR's All Things Considered, the Vox Conversations podcast, and CBS Sunday Morning.

"The brutal experience of Black enslavement, which for generations has been flattened or dismissed, is humanized over and over again," Jordyn Holman wrote for Bloomberg. "The journey doesn’t come without hope."

Columnist Tony Norman said the museum presents "a full-spectrum, mind-blowing narrative dedicated to telling the most comprehensive story imaginable about the Black experience in America."

Every element at the Legacy Museum is connected to what comes before and after, creating a seamless narrative argument about the truth of race in America.

EJI opened the new Legacy Museum: From Enslavement to Mass Incarceration in downtown Montgomery last fall. Since opening weekend began on October 1, thousands of people from across the country have visited the new museum.

Lynchings, codified racial segregation, and the emergence of over-incarceration in the 20th century are examined in depth and brought to life through film, images, and first-person narratives.

From an immersive experience of the Trans-Atlantic journey to first-person accounts from trafficked enslaved people, this Legacy Museum is helping Americans account for their joint national history.

Situated on a site where enslaved Black people were warehoused and forced to labor in bondage, the Legacy Museum offers an immersive experience with cutting-edge technology, world-class art, and critically important scholarship about American history.

Along with the critically acclaimed National Memorial for Peace and Justice, which opened in April 2018, the new museum presents a unique opportunity for visitors to reckon with challenging aspects of our past.

“There may be no cultural institutions in this country better suited to the moment.” ---Town&Country

“One of the most ambitious memory-work projects in the nation.” ---FOCUS on Geography

“The Legacy Museum experience provided one like no other.” ---CNHI News

The Alabama Tourism Department recognized the Legacy Museum as its 2022 Attraction of the Year during the Alabama Governor’s Conference on Tourism, held on location at Gulf State Park.

“We’re honored that the new museum has been recognized as the Attraction of the Year,” said EJI Director Bryan Stevenson. “And we’re proud that the Legacy Museum can play a vital role in helping people learn American history and empowering everyone to build healthier communities.”

"It's an answer to the nation's culture of denial and reluctance to face its past," AL.com wrote. Local outlets WSFA News, Alabama News Network, WIAT in Birmingham, and the Montgomery Advertiser prominently featured the museum opening and coverage of the new museum by the Associated Press and Agence France-Presse has been published by multiple outlets across the country.

"The museum connects how today’s criminal just system is rooted in the U.S.’s history of racial injustice," wrote CNHI, a nationwide newsgroup of community papers.

EJI is committed to making its spaces fully accessible to everyone. We are financing admission to both the National Memorial and the Legacy Museum by providing entrance with a single ticket costing just $5. 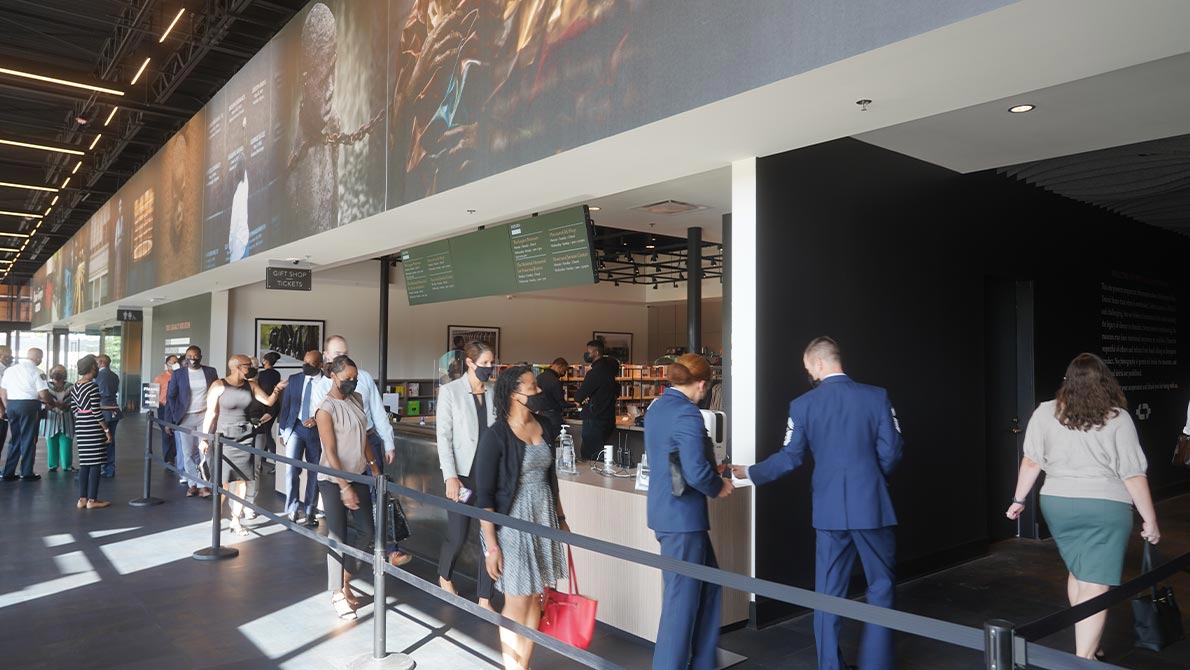