EJI is excited to announce a new expansion of the National Memorial for Peace and Justice in Montgomery, Alabama. A major new sculpture and nearly 50 marker monuments that document racial terror lynchings in the United States will now be accessible to visitors. The marker monuments detail specific narratives about lynching violence and recognize communities around the country who have memorialized these local histories.

EJI’s Community Remembrance Project partners with community coalitions to memorialize documented victims of racial terror lynchings throughout history and advance acknowledgement of this history. Since the Community Remembrance Project launched in 2015, over 300 active coalitions have come together in dozens of communities across the country and marker monuments have now been erected in 20 states. 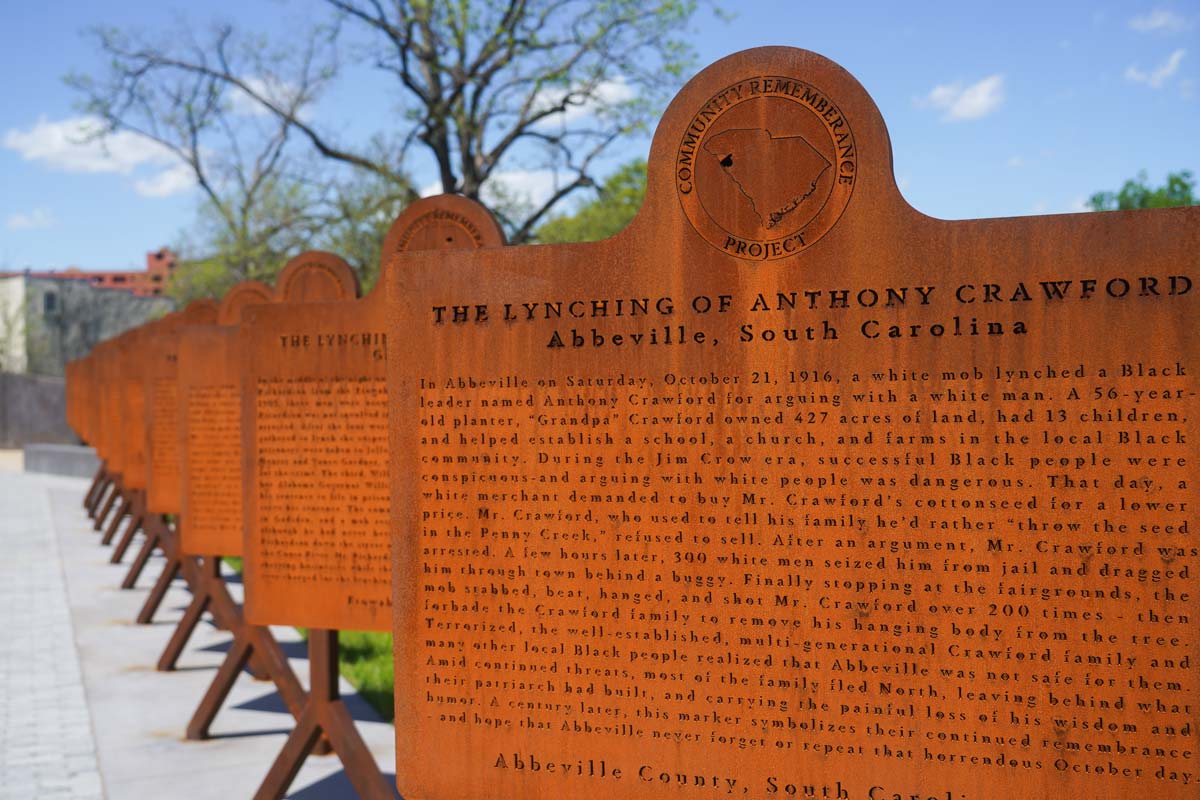 “We think it’s important that truth and justice work become local and that every community that has witnessed the horror of lynching reckons with that history through memorialization. We are thrilled that so many communities have responded to the invitation to address histories of racial terror and violence since the opening of the National Memorial in 2018,” said EJI's Executive Director Bryan Stevenson.

The new expansion, Community Reckoning, includes a sculpture by artist Branly Cadet that represents thousands of people around the country engaged in community remembrance work. EJI has also erected steel duplicates of nearly 50 marker monuments. The sculpture, Arise, dramatizes the work of local citizens helping their communities remember and reckon with history. 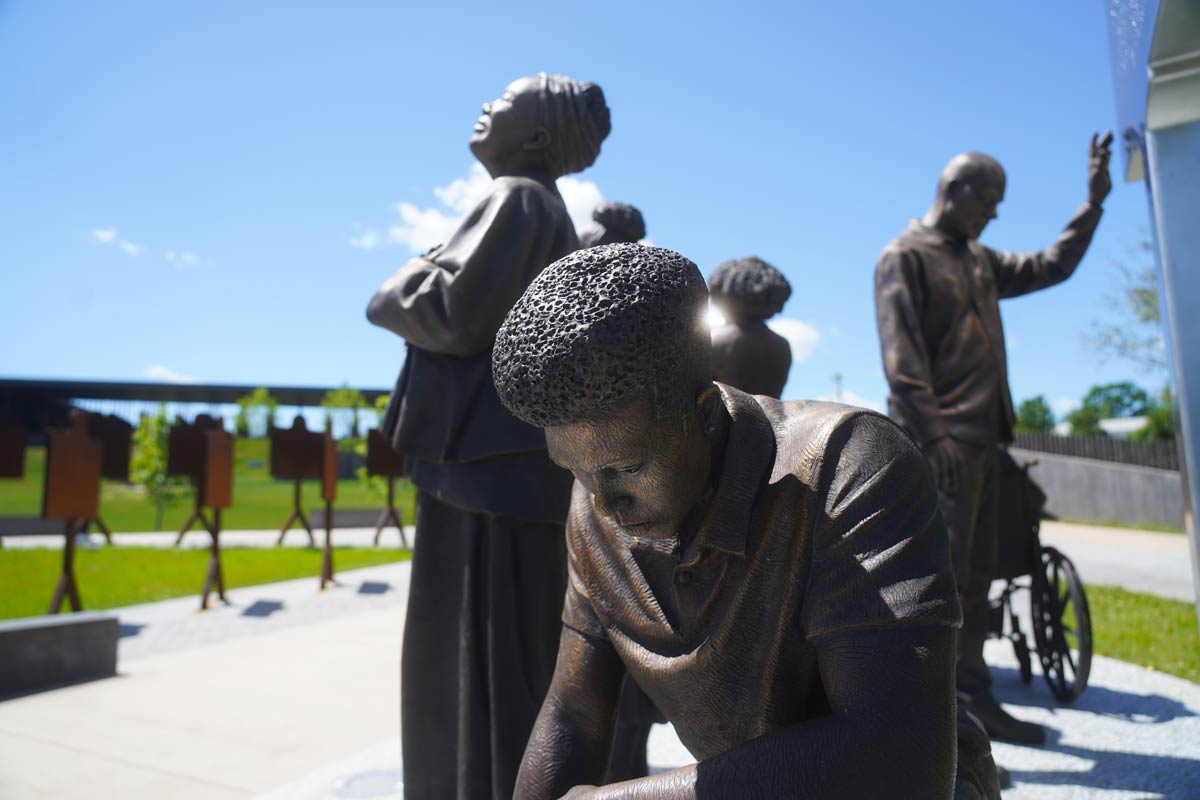 “It will constantly evolve as communities do the work,” Mr. Stevenson told the Montgomery Advertiser. "My hope, my vision, is that there's a marker in every lynching site in America.”

Between 1865 and 1950, thousands of African Americans were victimized by white mob violence and lynching across the United States. Following the Civil War, fierce resistance to equal rights for African Americans led to fatal violence against Black women, men, and children. Lynching emerged as the most public and notorious form of racial terrorism, intended to intimidate Black people and reinforce racial hierarchy and segregation. Many African Americans were lynched for exercising economic freedoms, perceived violations of social customs, and unfounded accusations of crimes. Mobs regularly disregarded the legal system, seizing their victims from jails, prisons, courtrooms, or police custody without fear of legal repercussions for the lynchings that followed. EJI has documented over 6,500 Black victims of racial terror lynching in the United States and thousands more Black people have almost certainly been lynched with no documentation possible. Local community remembrance reckons with this history and marker monuments symbolize hope for a better future.

In 2018, EJI opened the National Memorial for Peace and Justice, the nation’s first memorial dedicated to the legacy of enslaved Black people, people terrorized by lynching, African Americans humiliated by racial segregation and Jim Crow, and people of color burdened with contemporary presumptions of guilt and police violence. EJI opened the Legacy Museum: From Enslavement to Mass Incarceration, a sister site to the National Memorial to Peace and Justice, at the same time. In 2021, EJI opened a new, greatly expanded Legacy Museum that provides a comprehensive history of the United States with a focus on the legacy of slavery. From the Transatlantic Slave Trade and its impact on the North and coastal communities across America through the Domestic Slave Trade and Reconstruction, the museum provides detailed interactive content and compelling narratives. Lynching, codified racial segregation, and the emergence of over-incarceration in the 20th century are examined in depth and brought to life through film, images, and first-person narratives. 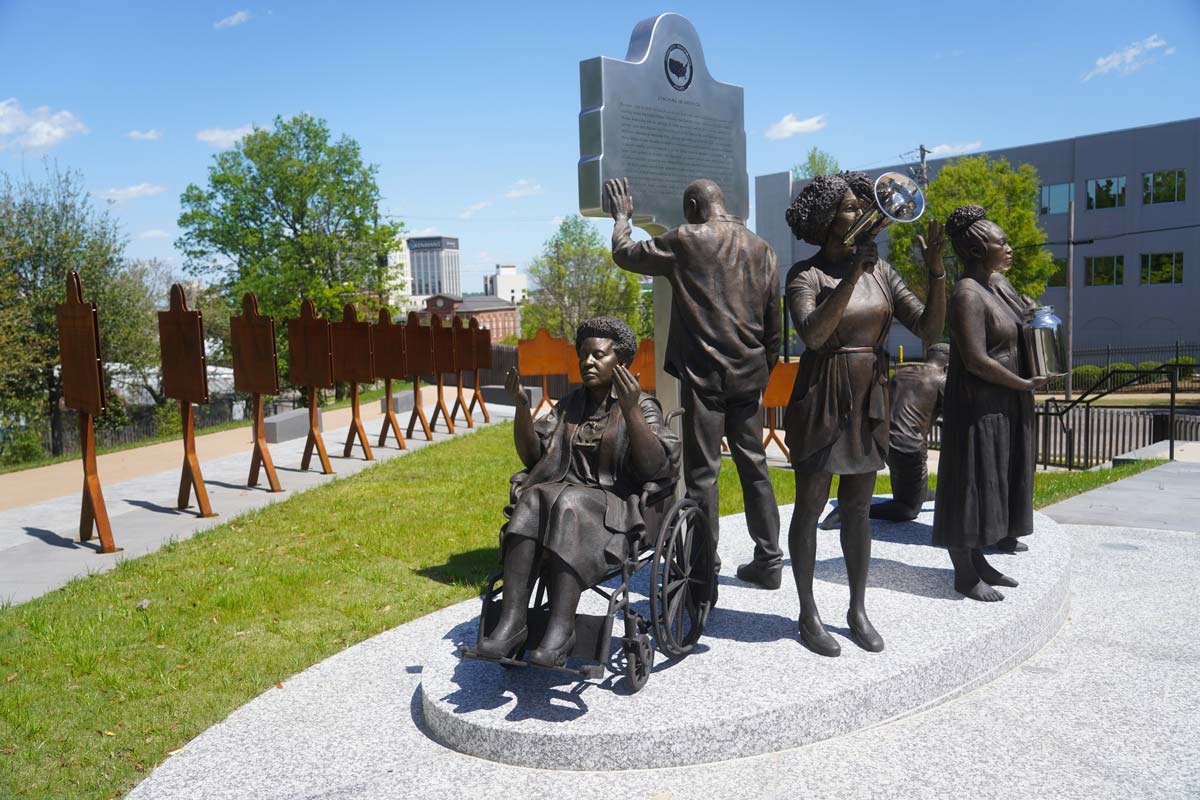 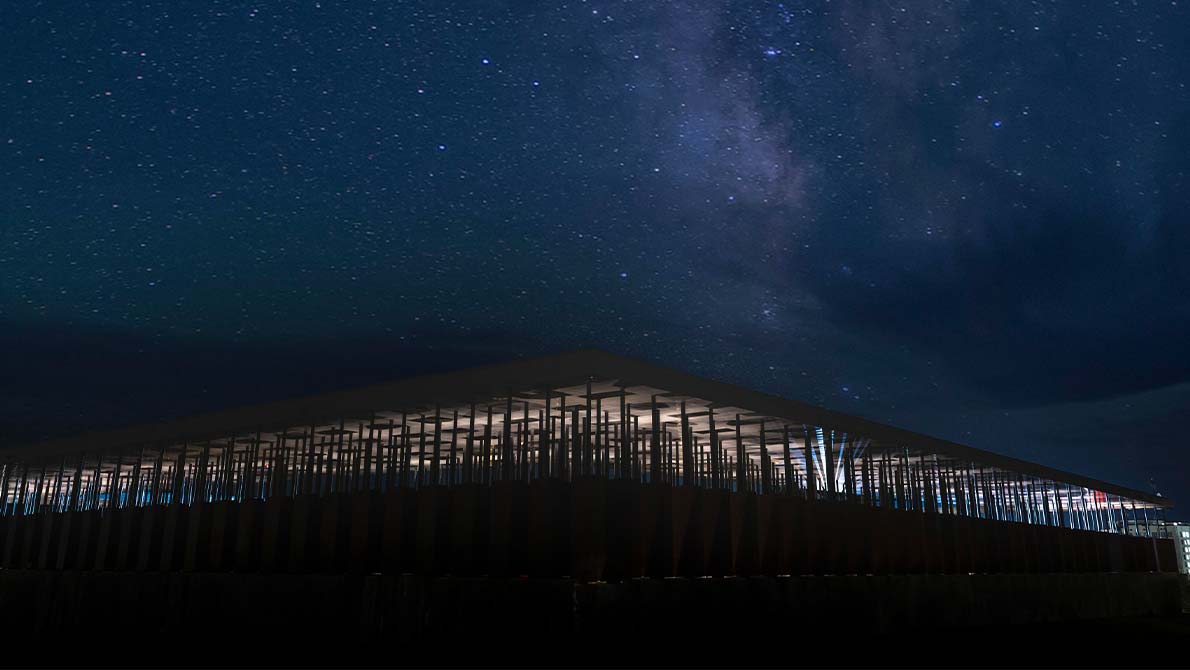 Night Experience Is Back at the National Memorial

Visitors can now experience the National Memorial for Peace and Justice after dark. The uniquely compelling nighttime experience is available July 29, August 26, and September 16 from 8:30 PM to 10 PM (last entry 9:30 PM). Tickets are required for nighttime visitors. 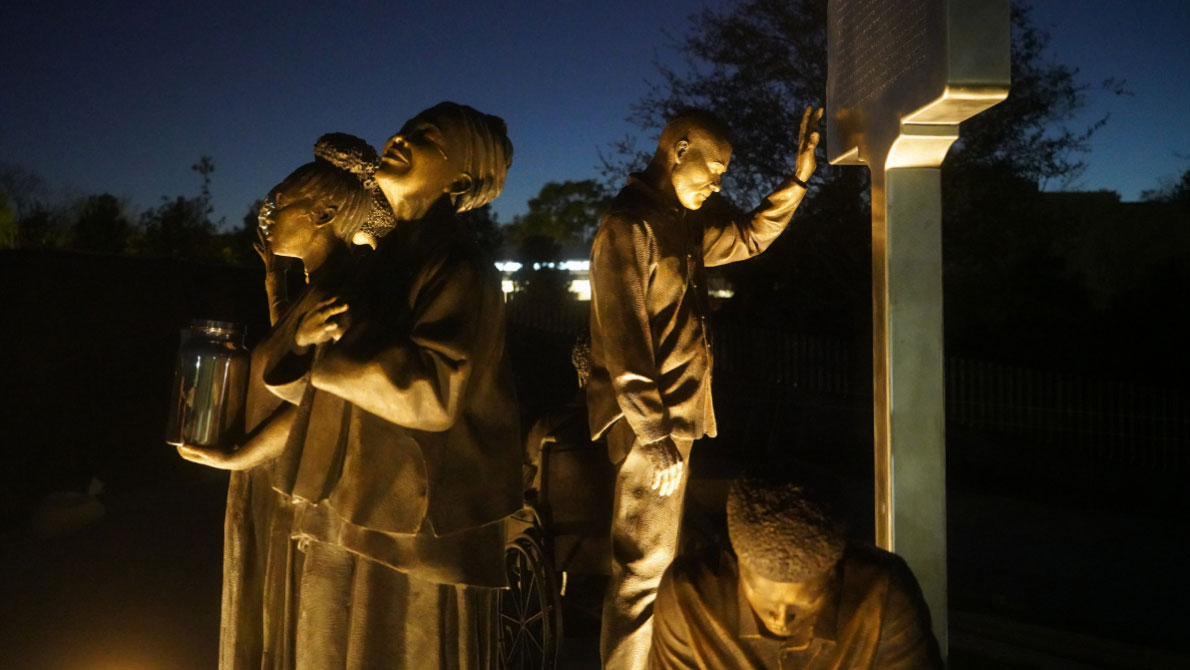